As new technology and procedures are introduced to ensure the safety of roads users, changes to the law are not far behind. For new drivers, this can increase the pressure on them as they are adjusting to life behind the wheel. To help you, we go through these new changes, explaining how it will impact them and help them avoid hefty fines.

The government is considering bringing in a graduated driving licence. Currently, new drivers - classed as those who have been driving for less than two years - face stronger penalties for motoring offences, but the new scheme could impose restrictions on new drivers.

Road safety charity Brake recommends the graduated driver licensing system (GDL) as it will be “a vital, life-saving policy because young drivers in all countries are known to be at very high risk of serious and fatal crashes, and GDL helps to address this.

“This is down to many reasons, including young drivers’ overconfidence, lack of experience and propensity for risk-taking. GDL addresses these by providing a minimum-length supervised learning period and limiting exposure to some of the highest risk situations, such as night-time driving, for newly qualified drivers.”

Suggested restrictions under the GDL include:

A pilot scheme will be tested in Northern Ireland between 2019 and 2020, which could lead to it being rolled out in England if successful.

Changes to the Highway Code

Rules 149, 150, 160 and 239 of the Highway Code have been updated to provide more detailed advice on safely using remote-controlled parking and motorway assist functions. These changes follow a consultation by the Department for Transport held in 2016 looking at the use of advanced driver assistance and automated vehicle technologies while driving.

For 2019, the government has announced a review of the Highway Code to keep cyclists and pedestrians safe on the roads. The review will look at how road users should behave in relation to cyclists and pedestrians with the overall goal of driving down unnecessary accidents. The idea is to adopt the ‘Dutch reach’, a method of opening a car door with the hand furthest from the handle to force drivers to look over their shoulder for passing traffic.

Changes could also see drivers giving way to cyclists and pedestrians when turning left - bringing the country in line with America, where pedestrians have priority. In 2018, a law was introduced that meant drivers must be at least 1.5 metres away when passing a cyclist or risk facing a fine of £100 and three points on your licence. 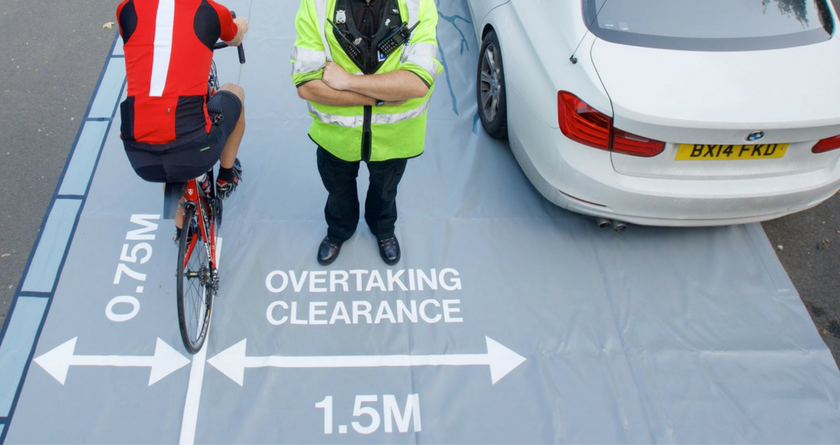 Cycling and Walking Minister, Jesse Norman said: “Britain has some of the safest roads in the world, but we need them to be safer still for all - and particularly for cyclists, pedestrians and other vulnerable road users. These measures are part of a steady process of improvement and reform designed to achieve just that.”

Learners on the motorway

Journeys on the motorway can be worrying for drivers, meaning many drivers who pass their test would avoid using them; however, new rules introduced allow learners to go onto motorways during their lessons - as long as they are with a qualified instructor and in a car with dual controls.

Although this is not yet compulsory, it does allow drivers to get a feel for the country’s largest and busiest roads. To help you, here’s some advice on getting to grips with driving on the motorway:

When joining a motorway, you should always give priority to vehicles already on there.

You should only overtake when it is safe and legal to do so. Never overtake on the left and move back into the left lane as hogging the middle lane is an offence.

Smart motorways also allow you to drive on the hard shoulder in certain circumstances - this will be clearly indicated on the overhead signs. If there is a red cross, this means the hard shoulder can only be used in emergencies.

You should leave at least a two-second gap between you and the car in front.

Plan your journey so you know the junction numbers you need to use when joining or leaving the motorway.

Give your car the once over, like checking tyre pressure and oil levels.

The new defect categories are dangerous, major and minor and will be assigned to each defect depending on the type of problem and how serious it is. The table below outlines what the new categories mean:

Additional requirements added to the MOT include:

Keep up to date on the latest changes to driving law by visiting the gov.uk website.